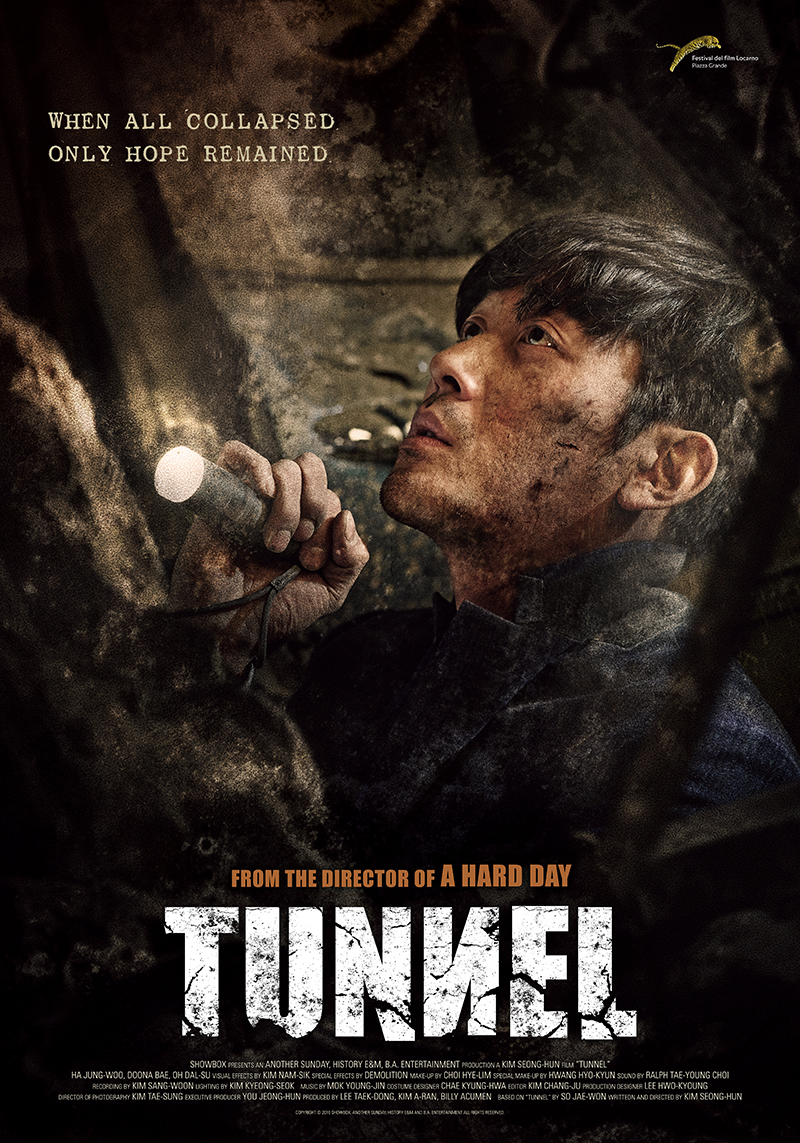 Lee Jung-soo is about to end his day and return to celebrate his
daughter’s birthday. And he has every interest to be there on time,
since it is he who brings the cake! Unfortunately for him, the government
cut a few corners when it built an enormous tunnel under a
huge mountain. And right when Lee’s in the middle of this gigantic
pipe of steel and cement, it decides to collapse, trapping him under
a mountain of rubble. Lee manages to call the outside world, but he
shouldn’t make himself any illusions about being rescued. He’d better
ration that birthday cake, because he’s not about to see the end of
the tunnel anytime soon.
In 2015, Kim Seong-hun already delighted us with A Hard Day. Two
years later, the new golden boy of Korean cinema surprises us with
his latest masterpiece, raising the standards of the disaster thriller
(which were already very high after The Terror Live at the BIFFF 2015).
But The Tunnel is so much more than spectacular entertainment, It’s
a barely veiled criticism on the corruption of public services (three
years after the Sewol ferry disaster which claimed 300 lives) and the
sensationalism of some media scavengers. Being able to put such
important subtext in a thriller of this kind is pure genius !