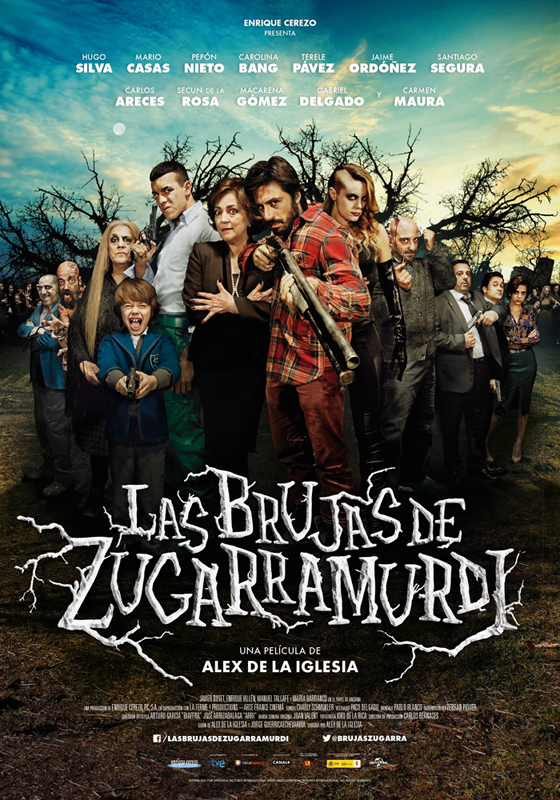 When your marriage has you on the brink and your bank account in the red, it’s time to rob a Cash-for-Gold shop. That’s the last-ditch decision made by a group of desperate guys led by divorced dad José. Unfortunately for all, José never lets his kid down and the day of the break-in is his day of the week with his 8-year old son. Looks like little Sergio will have to tag along. They make it out of the shop with a bag full of 25,000 gold wedding rings only to find their getaway car has disappeared. They flag down a cab driven by Manuel, another victim of a marriage that leaves plenty to be desired. They make a run for France, with Sergio still tagging along as José has promised that they’ll go live in Disneyland. Meanwhile, the 25,000 golden rings become a real curse when they enter the impenetrable forests of the Basque Country, home to ancient covens and witchery. It’s poetic justice time for their failures with the opposite sex. They run head-on with a horde of crazed women who feed on human flesh. Alex De La Iglesia has done it again. Witching and Bitching is a deliciously irreverent horror comedy stuffed with hilarious scenes, mayhem, blood and gore. Do not expect a profound analysis of contemporary male-female relations. Get ready for a highly unequal confrontation between a bunch of miserable losers and a formidable team of raging feminist witches. Estrogen is dripping from the screen with performances from the delicious Carolina Bang ( Balada Triste ), the formidable Carmen Maura ( Commonwealth, Volver ) and Macarena “Sexkiller” Gomez. Without a doubt one of the best films of Alex de la Iglesia, next to El Dia de la Bestia and Balada Triste.