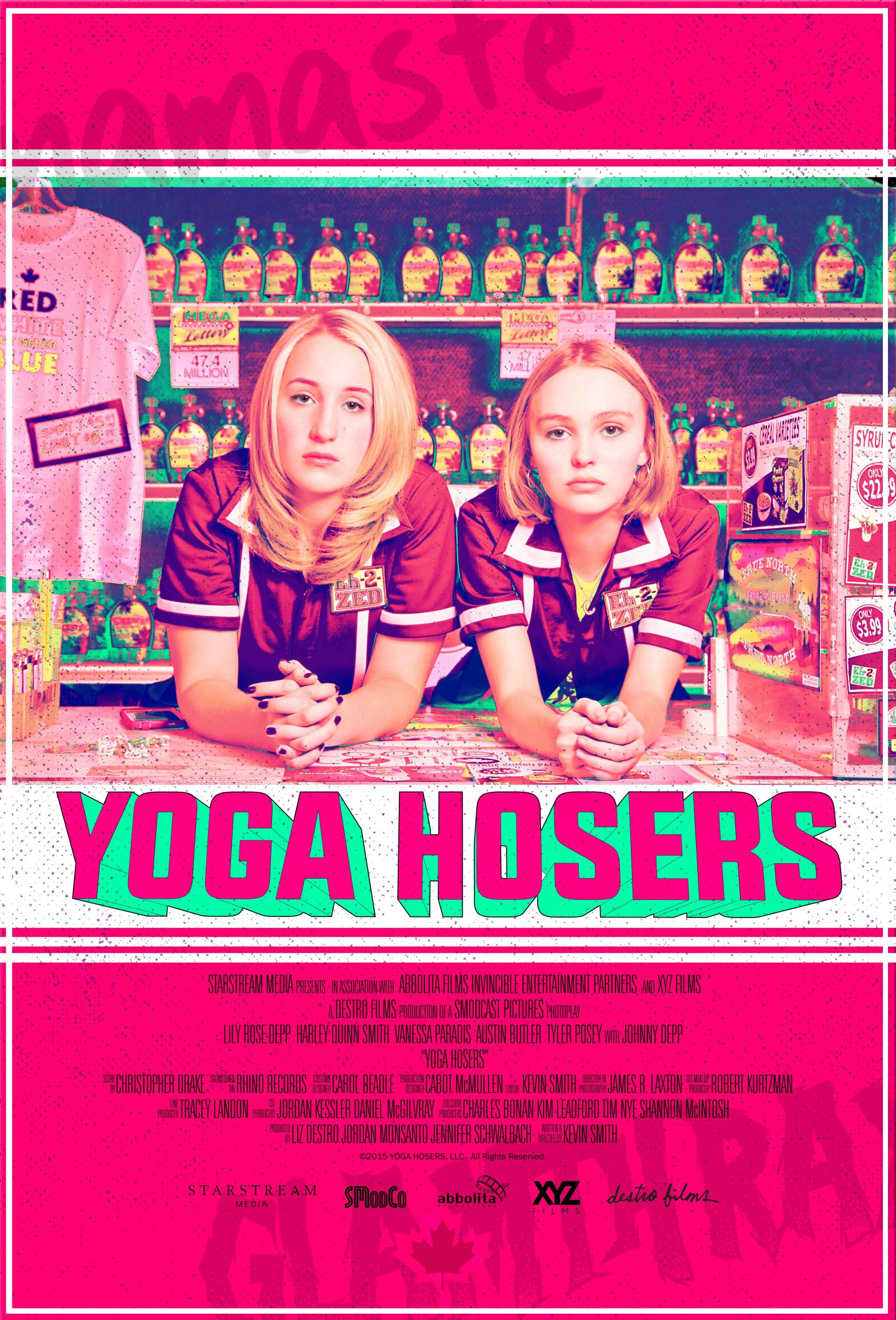 A small, quiet Canadian town. High school girls Colleen and Colleen have been besties ever since they were in diapers. When they’re not torturing amps with their rock band, they’re behind the cash desk of the local supermarket, owned by Colleen’s dad, practice funky yoga moves with guru Yogi Bayer or execute everyone who dares to enter their field of vision with lethal one-liners. But there are exceptions, like handsome Ichabod from Senior High, who invites them to a party at his house. That’s actually just an excuse to ritually murder the Colleens for some satanic ritual. Luckily, the noise from their band awakens a slumbering evil or maybe we should say a whole lot of little evils. The creatures start terrorizing the town, looking for a very specific sort of victim who becomes the subject of a devastating anal probe. The cavalry arrives in the person of the notorious monster hunter Guy Lapointe. He’ll help the Colleens to survive this hellish night.

Yoga Hosers is the second part of Kevin Smith’s Northern trilogy, which started with Tusk and which will close with next year’s Moose Jaws. Colleen and Colleen, played by the daughters of Kevin Smith and Johnny Depp, were already part of the party in Tusk, but in Yoga Hosers they’re like a 21st century version of Clerks, Smith’s hilarious and unforgettable debut feature. Yoga Hosers is a non-stop avalanche of nonsense, gore and advanced culture critic for nerds, with a totally unrecognizable Johnny Depp as Guy Lapointe and a bunch of guest parts and cameo’s by the likes of Haley Joel Osment, Natasha Lyonne, Stan Lee, Vanessa Paradis, Adam Brody and Genesis Rodriguez.